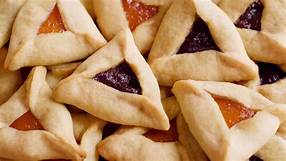 Friends, the Purim Celebration will be both indoors and outdoors.  Admission includes a full meal: hot dogs, chips, cole slaw, beans, hamantaschen, drinks.  Games for all ages – a balloon animal specialist will be making balloon shapes to order!  There will be prizes for all the games, as well as a 50/50 raffle and a raffle of “white elephant” items.

People of all ages should wear costumes for the Costume Parade.

Please volunteer to help set up.

Many people have already signed up; this promises to be as spectacular as our Chanukah celebration was!

Purim is one of the happiest and most joyous holidays in Jewish tradition, a holiday whose religious precepts include being happy, and even getting drunk. This is a holiday that allows even the most serious Torah scholars to get caught up in the spirit of amusement, and enjoy the carnival atmosphere.

The source of this holiday is in the Biblical Book of Esther, which relates the saving of Persian Jewry from Haman, chief minister to Persian King Ahasuerus, who was plotting to kill all the kingdom’s Jews (the time frame of this story is estimated as between the destruction of the First Temple and the building of the Second Temple, in the late 6th century BCE). The date on which Purim is observed, the 14th of the Jewish month of Adar (usually in March), in keeping with the date Haman had determined for all the Jews to be killed.

One of the unique aspects of the Book of Esther is that the story revolves around the heroism of a woman – Esther, who was Jewish. It is she who saved the Jewish people and turned the day of the evil decree into a historic holiday.

​The Reading of Book of Esther – On Purim, the Book of Esther is read aloud in the synagogue. The reading of Esther is a very happy social event: at each mention of the wicked Haman, who has become synonymous with all those who bear ill will toward Jews, the congregants and especially the children, try to drown out his name by shaking special noisemakers.

Purim Spiel – many synagogues host special comedy plays, often parodies and musicals.
Gifts of fancy foods – As part of the joy of this holiday, Jews have a custom of preparing gift baskets and sending to their friends and neighbors, and to give money to the poor.
Costumes – This custom of wearing masks and costumes developed in the Middle Ages, apparently influenced by local Mardi Gras holidays. Small children take special interest in this aspect of the holiday.
Hamantaschen – Haman’s ear or Haman’s hat – a traditional Purim delicacy: triangular pastries (resembling tri-cornered hats) filled with poppy seeds and various other sweet fillings.
There are 4 mitzvot to be performed on Purim:
1. Hear the Megillah reading.
2. Give to the needy. (Matanot LaEvyonim)
3. Send food gifts to friends (Mishloach Manot)
4. Have a festive Purim meal.