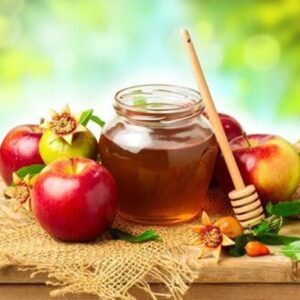 Rosh Hashanah, the holiday that marks the beginning of the Jewish year, is in the Hebrew month of Tishrei, which coincides with late September and early October.

According to Jewish tradition, Rosh Hashanah commemorates the culmination of the creation of the universe and acceptance of God’s sovereignty over the world. These are also the days on which God judges people’s deeds throughout the year and decides their future for the coming year – death for the sinners, life for the pious and a repentance period until Yom Kippur for people whose status is uncertain.

The period between Rosh Hashanah and Yom Kippur is called “The Ten Days of Repentance,” during which people have the opportunity to atone for their sins.

Selichot (special penitential prayers) – During the week prior to Rosh Hashanah, there are special Selichot prayers, requesting forgiveness and expressing remorse and repentance.

The Blowing of the Shofar (ram’s horn) – On Rosh Hashanah, 100 (or 101, depending on the ethnic tradition) shofar blasts are sounded in the synagogue, in single, triple and nine-blast groupings.
The shofar blasts are intended to symbolize God’s sovereignty over the world, to remind Jews of the giving of the commandments on Mt. Sinai, of Abraham and Isaac’s devotion to God, to arouse people to repentance and to herald the Day of Judgment and the coming of the Messiah.
Apple and honey – At the evening meal on Rosh Hashanah it is customary to eat an apple dipped in honey and other sweet foods to symbolize a sweet new year.
Tashlich – On Rosh Hashanah afternoon it is customary to go to a river, lakeshore or other open body of water, to symbolically cast one’s sins into the water.  This year, we starting using duck feed, approved by state and local authorities, instead of bread crumbs.
New Year Greetings – It is customary for Jews to wish everyone they meet during this New Year period a “Shanah Tovah” – a good new year.  A longer greeting, also used in emails, etc. is “Shanah Tovah Umetukah” – may you have a good and sweet year, “Shanah Tovah Tikatev(u)” – may you be inscribed for a good year.  Another popular greeting is “G’mar Chatimah Tovah” – may you finish with a good sealing, or “G’mar Tov” – a good ending, both referring to the end of the Yom Kippur fast day, and the end of the Aseret Y’mei Tshuvah – the 10-day period of repentance.
Holiday meal – Many Jews – even if they do not go to synagogue services – have a holiday meal on the Rosh Hashanah evening, with fine wine, apple dipped in honey, round challahs and other sweet dishes. It is customary to eat pomegranate, as a symbol of a plentiful year, and the head of a fish, symbolizing the desire to keep ahead, and other symbolic foods.
From: https://info.goisrael.com/en/rosh-hashanah-285491