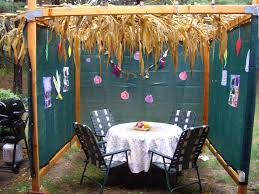 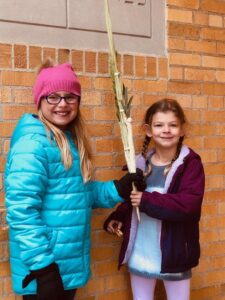 Sukkot, or Feast of Booths, is the third holiday in the Hebrew month of Tishrei, and is one of the most important Jewish holidays. Sukkot is one of the three pilgrimage holidays, when the whole Jewish people would come to Jerusalem in ancient times, when the Holy Temple was there, and would offer animal and grain sacrifices. It is a particularly joyous holiday that combines religious and agricultural elements.

Sukkot originates in the Torah, and commemorates the booths in which the Israelites lived in the desert after the exodus from Egypt. A sukkah is a temporary dwelling, usually with wooden or cloth walls on at least three of its four sides and a roof made of tree branches (traditionally palm fronds) through which the sky can be seen.

Another explanation for the custom of building booths is to commemorate the booths built in the fields at harvest time to protect the harvested crops.

Sukkot is also known as the Harvest holiday, as it is celebrated in the autumn, after the summer harvest and before the planting of winter crops. A central theme in the holiday prayers is rain: the farmers thank God for this year’s harvest and pray for rain for the coming year.

Sukkot lasts seven days, from the 15th to the 21st of the Hebrew month of Tishrei (usually the middle of October). The eighth day from the beginning of Sukkot is called Shemini Atseret, is a separate holiday.

The sukkah is built in keeping with strict rules dictated by Jewish law. The sukkah must be built under the open sky, and not under a roof or a tree, and it is customary to decorate the sukkah with various fruits, paper cutouts and pictures. During the seven-day holiday it is a religious obligation to eat in the sukkah, and some people sleep in the sukkah too.

The four species – These are four types of plants (palm shoot, willow and myrtle branches and citron) that are used in ceremonial blessings on each day of the holiday, except Shabbat. One common explanation of the four species is that they represent the variety of characteristics in nature and in man – every tree and fruit has its own qualities, as do different people, and for this God is thanked.
From: https://info.goisrael.com/en/sukkot-286981