NOTE: BOTH THESE PROGRAMS ARE ON ZOOM AND REQUIRE REGISTRATION BELOW

Viterbo University and Congregation Sons of Abraham of La Crosse, Wisconsin are excited to announce the 2021 (5781) celebration of Wisconsin International Ladino Week.

This year our special guests are the famous Ladino and Hebrew poet/author Margalit Matitiyahu, of Israel (originally from Salonika, Greece) and the world-renowned author, musician and expert in Ladino culture Sarah Aroeste (with family roots in Greece and Macedonia). 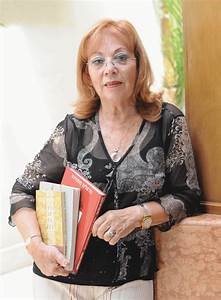 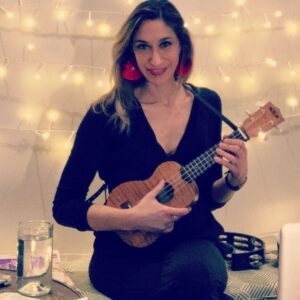 The highlighted presentations will be on Tuesday, March 16 (in Spanish), and Thursday, March 18 (in English), both at 7:00 PM Central Standard Time.

Margalit Matityahu, born and raised in Israel, is a bilingual poet in Hebrew and Ladino, as well as a fiction writer, a translator and documentary film producer. She has published research articles on the Ladino Jewish press and poetry between 1860 and 1940 in Thessaloniki, Greece, and has been a regular participant for over 30 years on Israel’s Radio Ladino program. Since 1986, she has lectured at Bar-Ilan University. She is the winner of the Fernando Jeno award (1994), the international prize for Jewish literature given by the Jewish community of Mexico; of the Ateneo de Jaen Award (1996), the international literature prize for poetry in Jaen, Andalusia, Spain; and of the Israel Prime Minister’s Literature Award (1999). Since 1986 she has served as secretary-general of the Writers’ Union in Israel and has participated in the international Congress of Poets all over the world since 1991. She has published numerous collections of poetry in both Hebrew and Ladino in Israel and Spain, and a collection of short stories. Margalit is a documentary film producer of a series named: “Sefarad, ways and life” and is a co-owner of Prima Luz films together with her son Jack Matityahu.

Sarah Aroeste, inspired by her family’s Sephardic roots in Greece and Macedonia, has spent the last two decades bringing her contemporary style of original and traditional Ladino music to audiences around the world. Aroeste writes and sings in Ladino, the Judeo-Spanish dialect that originated by Spanish Jews after their expulsion from Spain in 1492.  American born and trained in classical opera at Westminster Choir College and Yale University, Aroeste became drawn to her Sephardic musical past after spending a summer in 1997 performing at the Israel Vocal Arts Institute in Tel Aviv. She quickly realized that Ladino, not opera, was her true musical passion and soon after made the leap to studying Ladino full time. In the last decade, Aroeste has amassed a large and loyal following across the US and abroad, she has performed in major music venues throughout the US, Europe, Israel and Cuba. Currently, Aroeste works with renowned Israeli composer and producer Shai Bachar to stage the live, multi-media production of her Gracia project, which is an original Ladino, feminist, rock homage to 16th century Sephardic heroine, Dona Gracia Naci, as well as their children’s project, Ora de Despertar (Time to Wake Up). In recent years, Aroeste has also spoken widely and published countless articles about ways to preserve Ladino, and is currently working on writing Sephardic-themed books for children. Her newest book, Buen Shabat, Shabbat Shalom was published March 2020 with Kar-Ben publishing and PJ Library.